The Townsville region has a rich and proud history that is the bedrock upon which today’s community continues to build and establish a bright future. As the saying goes, “If you know whence you came, there are absolutely no limitations to where you can go.”

Traditional owners and custodians, the Bindal and Wulgurukaba People were the first people to have lived in the Townsville region.

The Wulgurukaba people call their country “Gurrumbilbarra”. Wulgurukaba means “canoe people”. An important symbol of the Wulgurukaba people is the carpet snake. Wulgurukabas creation story tells the story of the creation snake that comes down from the Herbert River, went out to sea, creating the Hinchinbrook Channel, and down to Palm and Magnetic Islands. His body broke up, leaving parts along the coast. The tail of the snake is at Halifax Bay, his body is at Palm Island, while his head rests at Arcadia, Magnetic Island.

In 1770, Captain James Cook sailed along the east coast of Australia and named coastal features in North Queensland including Cape Cleveland, Cleveland Bay and Magnetic (al) Island.  Cook never made land fall within the region continuing his journey and mapping the coast line.

In 1819, botanist Alan Cunningham and Captain Phillip Parker King were the first Europeans to record a landing in Cleveland Bay. They collected botanical specimens to take back to England.

In 1846, James Morrill was one of 14 crew members on board the barque, the Peruvian which was shipwrecked on the Great Barrier Reef. Cast ashore near Cape Bowling Green 42 days after the wreck, he was the first European to inhabit the area for an extended period of time.

In 1864, John Melton Black, then in partnership of Robert Towns, despatched Andrew Ball, Mark Watt Reid from Woodstock Station (south west of Townsville) to search for a coastal site where a suitable port could be established. Ball’s party reached the mouth of Ross Creek in April 1864 and they set up camp below the rocky spur of Melton Hill (near the present Customs House on the Strand). After further exploration of the surrounding area, Ball returned to Woodstock Station and reported the discovery of a site for a settlement.

The first party of settlers, led by WA Ross, arrived at Cleveland Bay from Woodstock Station on the 5th November. Andrew Ball helped establish the settlement that would become Townsville.

The first sale of allotments on Cleveland Bay was held at Bowen on 31 July 1865. James Morrill was permitted to select and purchase an allotment at an upset price.

Cleveland Bay was declared a Port of Entry on 23 September 1865.

Between 1942 and 1945, Townsville played an important part in the War in the Pacific.

Townsville became a major military base, accommodating up to 90,000 Australian, American and other allied service personnel.

The City was bombed on three occassions by the Japanese, and was used as a major offensive launching base during the battle of the Coral Sea. Crowds flocked to Flinders Street when peace was announced on 15 August 1945. World War II Victory Day celebrations were held on 10 June 1946. 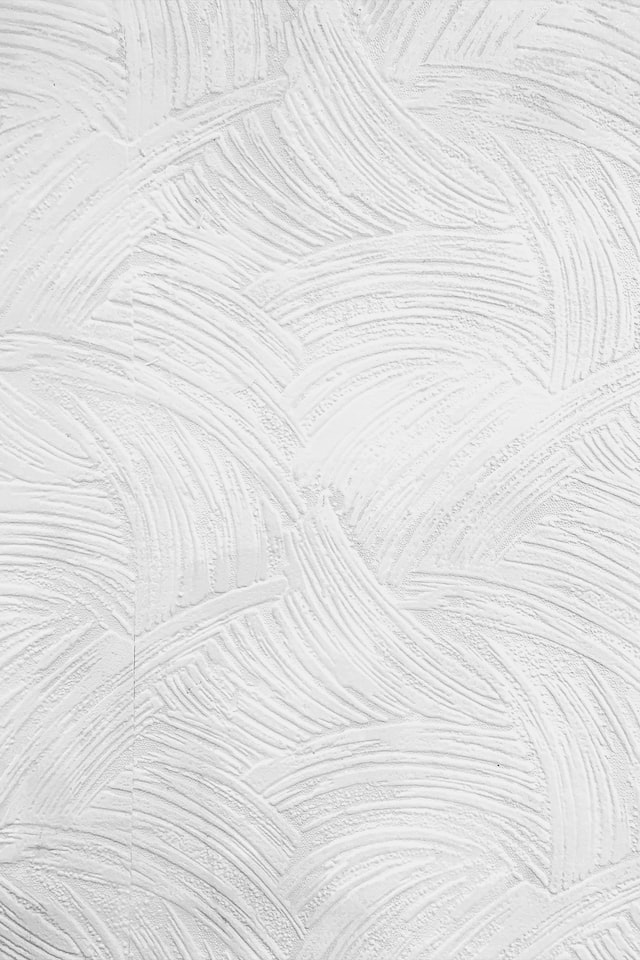 As part of a Royal Tour, Queen Elizabeth II and Prince Philip visited the city in 1954. The first Magnetic Island to Townsville swim was staged in this year. A huge success, it has become an annual event.

In 1956, Townsville’s Tobruk Memorial Pool was used as a training venue for the Australian swimming squad for the Melbourne Olympic Games. Training camps prior to the Cardiff Commonwealth Games in 1958 and the Rome Olympic Games in 1960 were also held at the pool.

The first bulk sugar terminal was constructed at the Townsville Port in 1959 and Premier Frank Nicklin opened the new Copper Refinery at Stuart.

The University College of Townsville was opened in February 1961 with 105 students. It became known as James Cook University officially on 20 April 1970.

In 1964, Col. Sir Henry Abel-Smith, Governor of Queensland, officially opened the Jezzine Barracks at Kissing Point. He also unveiled the Centenary Memorial Plaque. In 2014 Jezzine Barracks was opened as a community facility.

The CSIRO Davies Laboratory was established on University Road on 27 July 1965. Lavarack Barracks was established with Australian 3rd Task Force transferred to Townsville in 1967.

James Cook University (formerly known as the University College of Townsville) was proclaimed as an Act of Parliament on 20 April 1970. Queen Elizabeth II signed the proclamation.

A nickel refinery at Yabulu was opened for operation in 1974 and the Australian Institute of Marine Science (AIMS) opened at Pallarenda.

1974 was the year the Ross River was dammed, to mitigate against flooding and improve water availability.

The Townsville Civic Theatre opened in 1977 with a variety concert of local performers. When opened it was the most technically advanced theatre in Queensland. The Fly Tower of the theatre was referred to being the highest in Queensland at the time of opening.

The Flinders Street Mall was opened on 1 November 1979. Redevelopment of the mall commenced around 2008 to make way for through traffic. Flinders Street was reopened to traffic in 2011.

The Perc Tucker Regional Art Gallery opened in Flinders Mall in 1981. The building was originally erected in 1885 for the Union Bank of Australia.

In 1981, Edward Mabo, a Townsville resident, and a number of other local Aboriginal leaders held a conference at James Cook University and decided to pursue a native land title claim for the people of the Murray Islands in the High Court of Australia. The ‘Mabo’ land rights campaign was successful and the High Court of Australia gave recognition of indigenous land ownership in 1992.

The Sheraton Breakwater Hotel and Casino (now known as ‘The Ville’ Casino Resort) was opened to the public in 1986 and another Townsville attraction, Reef Wonderland (now known as Reef HQ) opened on 24 June 1987. 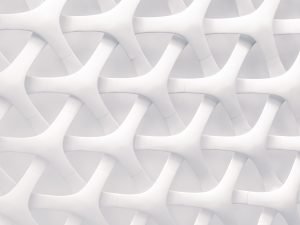 The Australian Festival of Chamber Music (AFCM) presented its first season in Townsville in July 1991, initiated through the vision and commitment of the former Vice Chancellor of James Cook University, Professor Ray Golding and the Festival’s previous Artistic Director, Theodore Kuchar.

In 1994, a public competition decided the name and team colours of Townsville’s entry into the Australian Rugby League, the North Queensland Cowboys. Laurie Spina led the team onto Stockland Stadium (now known as 1300 Smiles Stadium) for their first ever clash on 11 March 1995.

In 1995, the inaugural Townsville Cultural Festival was held.

The Sun Metal Zinc Refinery was built and opened.

On the night of 10 January 1998, torrential rain fell in Townsville and Thuringowa causing wide-spread flooding throughout the city. The worst floods in the cities’ history. After being heavily damaged by the “Night of Noah”, Townsville’s iconic Strand was redeveloped and reopened on 23 October 1999.

Construction commenced in 2003 on the Douglas Arterial Road (Ring Road). The project included the construction of a new bridge across the Ross River.

In 2005, Townsville celebrated VP60, a Council event that commemorated our veterans on the 60th anniversary of the end of World War II. The Townsville Aboriginal and Torres Strait Islander Cultural Centre was officially opened in September. The Cowboys reached their first National Rugby League (NRL) Grand Final in club history.

2006 was when the Riverway Arts Centre, Lagoon and Eco-Active Centre development was completed. The former army camping ground now includes two swimming lagoons, a theatre and gallery, public art, and all-abilities playground and walkways. To celebrate, the venue hosted the Riverway Festival on 8 July 2006, and welcomed 30,000 members of the public in the first weekend.

In 2007, the Riverway Stadium (Tony Ireland Stadium) was completed and successfully hosted an interstate T20 match between Queensland and Victoria, which was attended by over 10,000 spectators.

On 4 December 2007, Sir Elton John played in front of 21,500 fans at Dairy Farmers Stadium as part of his “Knight Under The Stars” tour.

A new program issued by the state government proposed the amalgamation of Local Government Areas (LGAs) in 2008. This led to the decision to merge the then separate councils of Thuringowa and Townsville when local elections were held in March. Former Thuringowa Mayor Les Tyrrell was elected as the first Mayor of the newly amalgamated City of Townsville.

After a two-year development project, the Flinders Street redevelopment was completed and opened to the public in 2011. The $57 million dollar project was first conceived as a way to reenergise the heart of Townsville, allowing vehicular traffic access through to shops and rebooting the ‘high street’ heritage of Townsville’s oldest street. The project received several accolades including the Walter and Oliver Tunbridge Award for Building of the Year 2013 from the Australian Institute of Architects.

In 2014, a partnership between Townsville City Council, the Queensland Government and the Australian Government, the Jezzine Barracks were redeveloped and transformed into an Aboriginal and military commemorative heritage site for the public. Completed in March 2014, the Barracks include an observation deck, a coastal walkway, public artworks and a restoration effort of the Kissing Point Fort complex. The North Queensland Cowboys won the inaugural NRL Auckland Nines tournament, the club’s first ever trophy.

After a grand final win over Bendigo in the WNBL at Townsville’s RSL Stadium on 9 March 2015, the professional women’s basketball team Townsville Fire were given keys to the city.

The North Queensland Cowboys won their first NRL Grand Final against the Brisbane Broncos at ANZ Stadium in Sydney on 4 October 2015 then followed up this historic win on 26 February 2016 when they won their first World Club Challenge at the Dacia World Club Series.

In 2016, Townsville celebrated its 150-year anniversary since being declared a municipality by hosting a year-long series of cultural events.

The city’s state of the art ‘Queensland Country Bank Stadium’ was officially opened in February of 2020, with 25,000 seating-capacity. 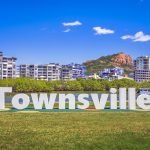